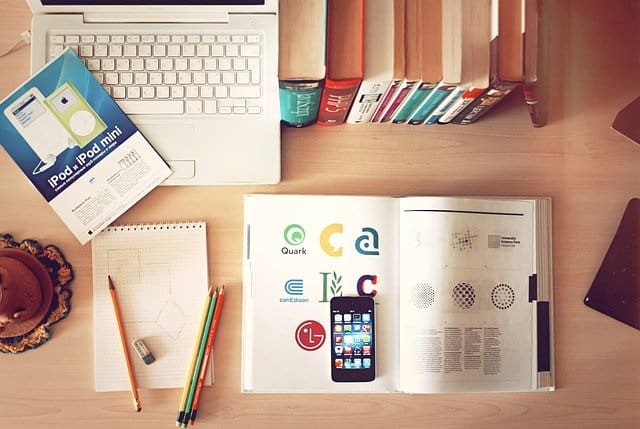 “Books take you into the minds of all the characters, where their hopes and dreams will really fire up your own imagination”

“If you look for perfection, you’ll never be content.” -Anna Karenina

Anna Karenina is a novel by the Russian author Leo Tolstoy, first published in book form in 1878. Many writers consider Anna Karenina the greatest work of literature ever and Tolstoy himself called it his first true novel.

“There is no book so bad…that it does not have something good in it.”     – Don Quixote

It was published in two parts, in 1605 and 1615. A founding work of Western literature, it is often labeled “the first modern novel” and many authors consider it to be the best literary work ever written.The story of the gentle knight and his servant Sancho Panza has entranced readers for centuries.Harold Bloom on Don Quixote – the first modern novel.

“I wasn’t actually in love, but I felt a sort of tender curiosity.”. -The Great Gatsby

A true classic of twentieth-century literature, this edition has been updated by Fitzgerald scholar James L.W. West III to include the author’s final revisions and features a note on the composition and text, a personal foreword by Fitzgerald’s granddaughter, Eleanor Lanahan—and a new introduction by two-time National Book Award winner Jesmyn Ward.

4.The Alchemist: A Fable About Following Your Dream

“And, when you want something, all the universe conspires in helping you to achieve it.” -The Alchemist

Paulo Coelho’s enchanting novel has inspired a devoted following around the world, and this tenth-anniversary edition, with a new introduction from the author, will only increase that following. This story, dazzling in its powerful simplicity and inspiring wisdom, is about an Andalusian shepherd boy named Santiago who travels from his homeland in Spain to the Egyptian desert in search of a treasure buried in the Pyramids.

Along the way, he meets a Gypsy woman, a man who calls himself king, and an alchemist, all of whom point Santiago in the direction of his quest. No one knows what the treasure is, or if Santiago will be able to surmount the obstacles along the way. But what starts out as a journey to find worldly goods turns into a discovery of the treasures found within. Lush, evocative, and deeply humane, the story of Santiago is an eternal testament to the transforming power of our dreams and the importance of listening to our hearts.

“One is loved because one is loved. No reason is needed for loving.”

Awe and exhiliration–along with heartbreak and mordant wit–abound in Lolita, Nabokov’s most famous and controversial novel, which tells the story of the aging Humbert Humbert’s obsessive, devouring, and doomed passion for the nymphet Dolores Haze. Lolita is also the story of a hypercivilized European colliding with the cheerful barbarism of postwar America. Most of all, it is a meditation on love–love as outrage and hallucination, madness and transformation

One of the greatest and most prescient dystopian novels ever written, this should be on everyone’s must-read list. Given the exponential growth of AI, Machine Learning & Robotics, Huxley’s vision acts as a warning. the novel anticipates huge scientific advancements in reproductive technology, sleep-learning, psychological manipulation and classical conditioning that are combined to make a dystopian society which is challenged by only a single individual: the story’s protagonist.This book is a classic.

It’s not a difficult read if you have at least a 10th grade reading level.

“I would always rather be happy than dignified.”   – Jane Eyre

Jane Eyre (originally published as Jane Eyre: An Autobiography) is a novel by English writer Charlotte Brontë, published under the pen name “Currer Bell”, on 16 October 1847, by Smith, Elder & Co. of London. One of the literature’s steeliest heroines, in her short life Jane Eyre has overcome a traumatic childhood only to be challenged by secrets, strange noises and mysterious fires in her new home of Thornfield Hall.

All while falling in love with her employer, Mr. Rochester. A Gothic masterpiece that was groundbreaking in its intimate use of the first-person narrative. Charlotte Brontë has been called the “first historian of the private consciousness”, and the literary ancestor of writers like Proust and Joyce.

“A man of genius makes no mistakes. His errors are volitional and are the portals of discovery”.     -Ulysses

Ulysses is a modernist novel by Irish writer James Joyce. It was first serialized in parts in the American journal The Little Review from March 1918 to December 1920 and then published in its entirety in Paris by Sylvia Beach on 2 February 1922, Joyce’s 40th birthday. It is considered one of the most important works of modernist literature and has been called “a demonstration and summation of the entire movement.” According to Declan Kiberd, “Before Joyce, no writer of fiction had so foregrounded the process of thinking”.

9.One Hundred Years of Solitude by Gabriel García Márquez

“It’s enough for me to be sure that you and I exist at this moment. -One Hundred Years of Solitude

One Hundred Years of Solitude is a landmark 1967 novel by Colombian author Gabriel García Márquez that tells the multi-generational story of the Buendía family, whose patriarch, José Arcadio Buendía, founded the town of Macondo, Colombia.The novel is often cited as one of the supreme achievements in literature.

Magic realism at its best. Both funny and moving, this book made me reflect for weeks on the inexorable march of time.

10.In Search of Lost Time by Marcel Proust

“If a little dreaming is dangerous, the cure for it is not to dream less, but to dream more, to dream all the time.   -In Search of Lost Time

In Search of Lost Time, also translated as Remembrance of Things Past, is a novel in seven volumes by Marcel Proust. It is his most prominent work, known both for its length and its theme of involuntary memory, the most famous example of which is the “episode of the madeleine,” which occurs early in the first volume.In Search of Lost Time follows the narrator’s recollections of childhood and experiences into adulthood in the late 19th century and early 20th century aristocratic France, while reflecting on the loss of time and lack of meaning to the world.

11.To Kill a Mockingbird by Harper Lee

“Until I feared I would lose it, I never loved to read. One does not love breathing” – To Kill a Mockingbird

To Kill a Mockingbird is a novel by Harper Lee published in 1960. Instantly successful, widely read in high schools and middle schools in the United States, it has become a classic of modern American literature, winning the Pulitzer Prize.The book is widely taught in schools in the United States with lessons that emphasize tolerance and decry prejudice.[2] Despite its themes, To Kill a Mockingbird has been subject to campaigns for removal from public classrooms, often challenged for its use of racial epithets.A jarring & poignantly beautiful story about how humans treat each other.

The Tragedy of Hamlet, Prince of Denmark, or more simply Hamlet, is a tragedy by William Shakespeare, believed to have been written between 1599 and 1601. Hamlet is considered among the most powerful and influential works of world literature, with a story capable of “seemingly endless retelling and adaptation by others”.

13.War and Peace by Leo Tolstoy

“We  can know only that we know nothing. And that is the highest degree of human wisdom”.      -War and Peace

War and Peace is a novel by the Russian author Leo Tolstoy, first published serially, then published in its entirety in 1869. It is regarded as one of Tolstoy’s finest literary achievements and remains a classic of world literature

The book is the sailor Ishmael’s narrative of the obsessive quest of Ahab, captain of the whaling ship Pequod, for revenge on Moby Dick, the giant white sperm whale that on the ship’s previous voyage bit off Ahab’s leg at the knee.First published in 1851, Melville’s masterpiece is, in Elizabeth Hardwick’s words, “the greatest novel in American literature.”

“I always deserve the best treatment because I never put up with any other.”     – Emma

Emma, by Jane Austen, is a novel about youthful hubris and romantic misunderstandings. It is set in the fictional country village of Highbury and the surrounding estates of Hartfield, Randalls and Donwell Abbey, and involves the relationships among people from a small number of families. Near impossible choice between this and Pride and Prejudice. But Emma never fails to fascinate and annoy.

The Catcher in the Rye is a novel by J. D. Salinger, partially published in serial form in 1945–1946 and as a novel in 1951.[3] It was originally intended for adults, but is often read by adolescents for its themes of angst and alienation, and as a critique on superficiality in society.[4][5] It has been translated widely.[6] Around one million copies are sold each year, with total sales of more than 65 million books.[7] The novel’s protagonist Holden Caulfield has become an icon for teenage rebellion.[8] The novel also deals with complex issues of innocence, identity, belonging, loss, connection, sex, and depression.

“Life is to be lived, not controlled; and humanity is won by continuing to play in face of certain defeat.”           -Invisible Man

Invisible Man is a novel by Ralph Ellison, published by Random House in 1952. It addresses many of the social and intellectual issues faced by the African Americans in the early twentieth century, including black nationalism, the relationship between black identity and Marxism, and the reformist racial policies of Booker T. Washington, as well as issues of individuality and personal identity.

“It is a narrow mind which cannot look at a subject from various points of view.”      – Middlemarch

Middlemarch, A Study of Provincial Life is a novel by the English author George Eliot, whose birth name was Mary Anne Evans. It was first published in eight installments (volumes) in 1871 and 1872. Set in a fictitious English Midlands town from 1829 to 1832, it follows distinct, intersecting stories with many characters. Issues include the status of women, the nature of marriage, idealism, self-interest, religion, hypocrisy, political reform, and education.

“It’s a dangerous business, Frodo, going out your door. You step onto the road, and if you don’t keep your feet, there’s no knowing where you might be swept off to.”          – The Lord of the Rings

The Lord of the Rings is an epic high-fantasy book by the English author and scholar J. R. R. Tolkien; he called it a “heroic romance”, denying that it was a novel. The story began as a sequel to Tolkien’s 1937 children’s book The Hobbit, but eventually developed into a much larger work.

“We are most artistically caged.”    – Pale fire

Pale Fire is a 1962 novel by Vladimir Nabokov. The novel is presented as a 999-line poem titled “Pale Fire”, written by the fictional poet John Shade, with a foreword, lengthy commentary and index written by Shade’s neighbor and academic colleague, Charles Kinbote.

What is your all-time favorite book?

Here i give you 20 best book names and authors you can choose which one is right for you or not. you must read at list one from this list.