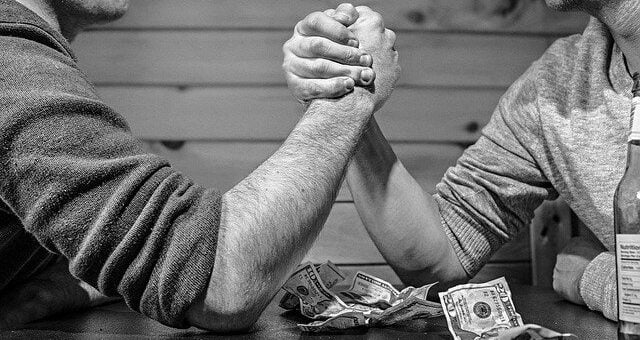 As someone who uses money, you probably don’t think about the impact of every purchase you make.

Money is something that most people use daily. Still, few people think about money’s role in society, let alone how it works in the economy.

Money is any widely accepted item of value that you can exchange for goods and services. Historically, shells, beads, and even cows have served as common currency in different cultures. But modern societies often rely on paper cash and electronic transfers in place of items of value.

To fully appreciate why we use money, it helps to imagine living in a barter-based society. Without money, you have to exchange goods or services for the things you need. For instance, if you needed a car, you might have to work for the owner or trade goods you own or produce.

This method of exchange introduces a problem known as the “coincidence of wants.” Essentially, two people in a bartering situation both have to need or want what the other person has. Additionally, both people need to agree on the value of their items, which is more difficult when perishable items are involved.

Fortunately, money helps societies overcome many of these difficulties. Instead of bartering goods and services, you can trade labor for money, which everyone agrees has a set value. Then, you can use your money to buy the things you want.

The Three Main Roles of Money in Society

Money has taken many forms through the ages, including cows, corn, and coins. But money consistently holds three functions:

A store of value
A medium of exchange
And a unit of measure
Modern economies rely on these functions to ensure that people can buy and sell goods at their leisure instead of relying on an old-fashioned bartering system.

A Store of Value

A considerable disadvantage of using wheat, shells, or animals as money is that over time, they can lose value. For instance, wheat rots, shells break, and animals eventually die. As a result, these items don’t hold their value for long periods. (Not to mention, you need to have the space and resources to store them).

But money “stores” its value over time without breaking down. And because your money is in currency format, you can deposit it at a financial institution to save for later, allowing you to hold cash over time.

Of course, inflation, i.e rising prices, means that this method isn’t 100% foolproof. Still, it’s often more effective than saving up for a house in horses.

A Medium of Exchange

In a barter-based system, any item can be exchanged between parties. For instance, you could trade bread for milk, a horse, or even a car.

But first, you have to find someone who needs your bread—and then both parties must agree to the trade. If your deal falls through, you’ll have to keep searching until you find an acceptable bartering match (or go without your items entirely).

Money solves that problem by acting as the base medium of exchange. Instead of hoping that you find someone who wants your goods, you can simply go to a person, store, or car dealership and buy the items you really want.

A Unit of Measure

In a barter system, measuring the value of your goods presents another challenge. For instance, if you want to get rid of your horse, you could trade it for five bushels of corn or ten gallons of milk. That means that you have to find someone willing to agree to not just the trade but the value of your trade based on what you barter.

In other words, everyone who buys or sells goods or services can price their items in the same unit of measurement. As a result, you can shop around for cheaper prices or see how much more “better” items cost.

Because money fills these essential roles in an economy, it becomes a useful means for executing transactions. Using money means that buyers and sellers know they’re trading an item of measurable value that will hold its worth. In turn, this introduces more benefits and functions into the economy, such as:

Using money to lend credit (such as giving out loans)
Storing money for later use (like in a bank account)
Injecting liquidity into an economy(making it easier or cheaper to borrow money)
Making currency more tradable
In essence, when consumers and businesses know they can rely on currency, everyone can buy and sell what they need when they need it. At the end of the day, that by itself is invaluable.