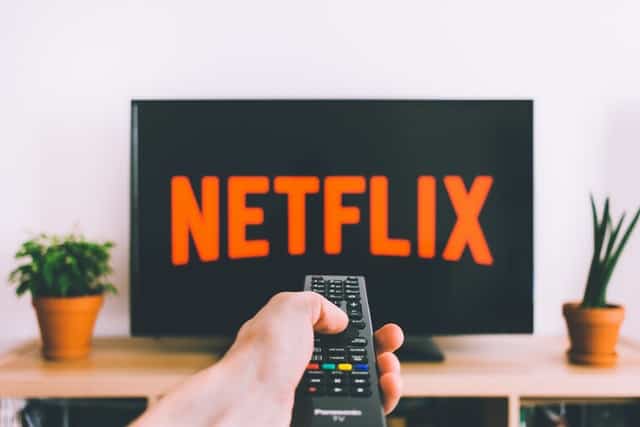 Television is a medium which has entertained us for decades. But with the evolution of the internet and growing social media’s existence, we’ve seen a thing called Web-Series emerging, creating its place and taking over the digital space by storm, in a brief span of time. Nowadays many of tv and web series are getting very famous.

We like to watch things with no break so then hear representing very interesting top 10 best web series watched by people ever and ever.

“I am the one who knocks.” -Walter White

Breaking Bad is a superior crime drama that follows the fortunes of high school chemistry teacher, Walter White. His son has cerebral palsy, his wife is pregnant with their second child, he is over-qualified for his job, and when he is diagnosed with terminal lung cancer.

Faced with leaving his family without financial security, things look bleak. Then fate lends a hand. With his health failing, and desperate to provide for his family, Walt uses his expert knowledge of chemistry and an unlikely partnership with Jesse to embark on a dangerous path into the meth industry.

The appeal of Breaking Bad–the quality that lifts it above lesser TV dramas web series –is that Walt has extremely questionable morals. At the start, he appears to be a mild-mannered, upstanding member of the community. However, as situations worsen, he resorts to extreme measures to protect himself and his family. Then the lines begin to blur; does he perhaps enjoy being a criminal? Has the hero become the villain? Go for it! Happy watching!

This show is stunning. Once in a while a show comes along that transports you to another world and makes you believe in the magic of television again. The most exciting show in television history, with the biggest budget and a wide-ranging universe with a multitude of characters.

I have felt the biggest strength of the show is that no character is safe, which heightens the thrill factor and amps up the suspense. Also, Dragons!. In short, Nine noble families fight for control over the lands of Westeros, while an ancient enemy returns after being dormant for millennia. Game of Thrones is one such show. What else can I say, JUST DONT MISS It?

“The purpose of war is peace.” — Pablo Escobar

A chronicled look at the criminal exploits of Colombian drug lord Pablo Escobar, as well as the many other drug kingpins who plagued the country through the years.

Narcos tells the true-life story of the growth and spread of cocaine drug cartels across the globe and attendant efforts of law enforcement to meet them head-on in the brutal, bloody conflict. The history of the Colombian drug cartels, and the US DEA’s efforts to bring them to justice.

“Why are you keeping this curiosity door locked?” — Dustin

“Mornings are for coffee and contemplation.” – Chief Hopper

You will be hooked by this web series, definitely. It is actually the best TV show in 2016. If you love all things’ the 80s, this really is the show for you. Reminiscent of hearty 80s children’s movies such as Goonies, ET, this is a highly entertaining show packed with terrific performances.

“Crime is common. Logic is rare.”

“Oh, hell! What does that matter?! So we go around the sun! If we went around the moon or round and round the garden like a teddy bear, it wouldn’t make any difference! All that matters to me is the work! Without that, my brain rots. Put that in your blog — or better still, stop inflicting your opinions on the world!” — Sherlock

Sherlock Holmes, the fictional character created by the Scottish writer Arthur Conan Doyle. The prototype for the modern mastermind detective, Holmes first appeared in Conan Doyle’s A Study in Scarlet, published in Beeton’s Christmas Annual of 1887.

As the world’s first and only “consulting detective,” he pursued criminals throughout Victorian and Edwardian London, the south of England, and continental Europe. Although the fictional detective had been anticipated by Edgar Allan Poe’s C. Auguste Dupin and Émile Gaboriau’s Monsieur Lecoq, Holmes made a singular impact upon the popular imagination and has been the most enduring character of the detective story. Sherlock Holmes is a detective with a character and an attitude that talks about the sharpness of his mind.

“First times are special. Unique. But the last times are beyond comparison. They are priceless. But people don’t know it’s their last time.” -Berlin

“When someone is in love, they look through rose-tinted glasses. Everything’s wonderful. They transform into a soft teddy bear that’s smiling all the time.”  -The Professor

Action, Crime, Mystery. An unusual group of robbers attempts to carry out the most perfect robbery in Spanish history – stealing 2.4 billion euros from the Royal Mint of Spain. the best TV show, it deals with mind games and strategies which make you awestruck. If you’re an ambient fan of robbers and like watching heists, then this is a must-watch.

You’ll never feel bored while binging on it. What’s exciting is the blend of mind games and emotions one could have. Your intelligence and emotions don’t go hand in hand, which is portrayed in the best possible manner. I would definitely recommend you to watch it and it’ll leave you with the best experience.

“Have you ever spent time with miners?”  “No.”
“My advice: tell the truth. These men work in the dark. They see everything. ”

“Got Right, and What It Got Terribly Wrong” – Chernobyl

It isn’t without any reason that the five-episode web series became the highest-rated show on IMDB. The harrowing retelling of the events leading up to and following the immediate aftermath of the disaster will leave you questioning the system we are all a part of. In April 1986, an explosion at the Chernobyl nuclear power plant in the Union of Soviet Socialist Republics becomes one of the world’s worst man-made catastrophes.

In “Chernobyl,” which was created and written by Craig Mazin and directed by Johan Renck, the material culture of the Soviet Union is reproduced with an accuracy that has never before been seen in Western television or film—or in Russian television or film.

“Things only change when we change them. But you have to do it “

“Hell is empty and all devils are here.”–Eva’s Son

Dark may be one of the best original web series on Netflix, but it’s also among the most confusing. Its vast web of interconnected characters and storylines, coupled with a plot centered on time travel and parallel worlds, all make it a very mind-bending and challenging watch. A family saga with a supernatural twist, set in a German town, where the disappearance of two young children exposes the relationships among four families.

“That day I learned drugs, guns and violence are small time business. Real business is politics.”

The poor don’t fear god. They love him. He gives them strength. Religion is the biggest business, which you speak of, is only for the rich and powerful. All the poor do is a struggle. They wash people’s cars, houses and toilets. They’re welcomed only at temples.

A link in their pasts leads an honest cop to a fugitive gang boss, whose cryptic warning spurs the officer on a quest to save Mumbai from cataclysm. So it is basically based on the Book by Vikram Chandra’s 2006 thriller with the same name. It is the First Season which has 8 Episodes which are 45–50 in Long.

The story revolves around a gangster named Ganesh Gaitonde character Portrayed by Nawazuddin Siddiqui and a Cop Sartaj that has been played by Saif Ali Khan. Sacred Games is India’s first Netflix Original show to stream in several countries. Each episode is named according to Hindu mythology.

Follows the personal and professional lives of six twenty to thirty-something-year-old friends living in Manhattan. Friends is a 90s Comedy TV show, based in Manhattan, about 6 friends who go through just about every life experience imaginable together; love, marriage, divorce, children, heartbreaks, fights, new jobs and job losses and many drams. Brilliant series ever….