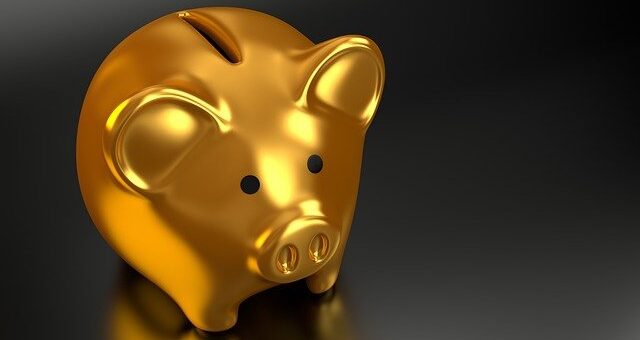 Every startup needs ideas, dedication, and time toward its idea, and business strategy and the most important part is funding.

Over 77% of all startups need external investments. For example, the average cost of developing a platform in the US reaches $80 000, which is not affordable for most startup owners(source:Fundera ). Raising the money, you have to understand the difference between different funding rounds, as well as investor types.

Start-ups need some investment so that they can survive their business and grow in every stage. if you are new in this world of startup funding here I can explain each and every stage from seed funding, angel round, venture capital round, series A-B-C funding to public listing.

Pre-Seed funding is the earliest funding round where a startup raises money for its problem-solution ideas, propositions, and demand.

Pre-seed capital is required to set the base for the business operations to start and ensure that the founders’ business is a viable one. This base is set by:

Validating hypotheses relating to the customers, demand, and planned offering, by conducting surveys, testing product or service research and analysis.

Obtaining key stakeholders on board like the chief technical officer, chief financial offer, etc. to help convert the idea into a full-fledged business.

Register key patents, trademarks, and IP to futureproof the business.

Pre-seed funding is usually too small to be considered an official round of funding. However, for some startups, it’s an essential inflow of capital just to set the base for something big change that can disrupt the industry.

Where to get seed investment for startups

Many people get Fund from their friends and family, angel investments and banks which is necessary for such operations so that we can start a business. Seed funding is the riskiest form of investment.

You cannot expect any earnings from him in starting, if the startup goes on then he can make you rich.

Why does someone invest money in a startup?

Any startup which is in seed funding gives shares of its company in exchange for seed funding, which is fixed at that time according to its value.

How much money is involved in seed funding?

Seed funding is usually between $500,000 and $2 million, but it may be more or less, depending on the company type. The typical valuation for a company raising a seed round is between $3 million and $6 million.

What is an angel round in investing?

Angel investments are typically made through small entities or start-ups that are formed for investment purposes or by wealthy individuals who are either entrepreneurs themselves or otherwise have experience investing in early-stage companies.

Difference between angel round and seed round

The seed round usually happens when the company is at the initial starting idea stage, or once the founder has a prototype/proof/product of concept, as well as some kind of sign that there’s a demand for what could be offered. An angel round often occurs when a company is only just launching, if not before.

What is the meaning of leading a venture round?

When raising a priced round, founders need to find an investor willing to lead rounds A, B, and C. ​Definition​ A lead investor (or lead) is the first investor to commit to a given round of funding and agrees to set the terms for any other investors who participate in the financing.

What Is Series A Funding?

The first round after the seed stage is Series A funding. In this round, it’s important to have a plan for developing a business model that will generate long-term profit. Oftentimes, seed startups have great ideas that generate a substantial amount of enthusiastic users, but the company doesn’t know how it will monetize the business.

Typically, Series A rounds raise approximately $2 million to $15 million, but this number has increased on average due to high-tech industry valuations, or unicorns. In 2021, the median Series A funding was $10 million.

In Series A funding, investors are not just looking for great ideas. Rather, they are looking for companies with great ideas as well as a strong strategy for turning that idea into a successful, money-making business. For this reason, it’s common for firms going through Series A funding rounds to be valued at up to $24 million.

How does Series A Funding work for startups?

In this stage, it’s also common for investors to take part in a somewhat more political process. It’s common for a few venture capital firms to lead the pack. In fact, a single investor may serve as an “anchor.” Once a company has secured a first investor, it may find that it’s easier to attract additional investors as well. Angel investors also invest at this stage, but they tend to have much less influence in this funding round than they did in the seed funding stage.

What Is Series B Funding?

Series B rounds are all about taking businesses to the next level, past the development stage. Investors help startups get there by expanding their market reach. Companies that have gone through seed and Series A funding rounds have already developed substantial user bases and have proven to investors that they are prepared for success on a larger scale. Series B funding is used to grow the company so that it can meet these levels of demand.

How does Series B Funding work for startups?

Companies undergoing a Series B funding round are well-established, and their valuations tend to reflect that; most Series B companies have valuations between around $30 million and $60 million.

Series B appears similar to Series A in terms of the processes and key players. Series B is often led by many of the same characters as the earlier round, including a key anchor investor that helps to draw in other investors. The difference with Series B is the addition of a new wave of other venture capital firms that specialize in later-stage investing.

What Is Series C Funding?

Businesses that raise Series C funding are already quite successful. These companies look for additional funding in order to help them develop new products, expand into new markets, or even to acquire other companies. In Series C rounds, investors inject capital into the meat of successful businesses, in an effort to receive more than double that amount back. Series C funding is focused on scaling the company, growing as quickly and as successfully as possible.

One possible way to scale a company could be to acquire another company. Imagine a hypothetical startup focused on creating vegetarian alternatives to meat products. If this company reaches a Series C funding round, it has likely already shown unprecedented success when it comes to selling its products in the United States. The business has probably already reached targets coast to coast. Through confidence in market research and business planning, investors reasonably believe that the business would do well in Europe.

Perhaps this vegetarian startup has a competitor who currently possesses a large share of the market. The competitor also has a competitive advantage from which the startup could benefit. The culture appears to fit well as investors and founders both believe the merger would be a synergistic partnership. In this case, Series C funding could be used to buy another company. As the operation gets less risky, more investors come to play.

How does Series C Funding work for startups?

In Series C, groups such as hedge funds, investment banks, private equity firms, and large secondary market groups accompany the type of investors mentioned above. The reason for this is that the company has already proven itself to have a successful business model; these new investors come to the table expecting to invest significant sums of money into companies that are already thriving as a means of helping to secure their own position as business leaders.

Most commonly, a company will end its external equity funding with Series C. However, some companies can go on to Series D and even Series E rounds of funding as well. For the most part, though, companies gaining up to hundreds of millions of dollars in funding through Series C rounds are prepared to continue to develop on a global scale.

Companies that do continue with Series D funding tend to either do so because they are in search of a final push before an IPO or, alternatively, because they have not yet been able to achieve the goals they set out to accomplish during Series C funding.