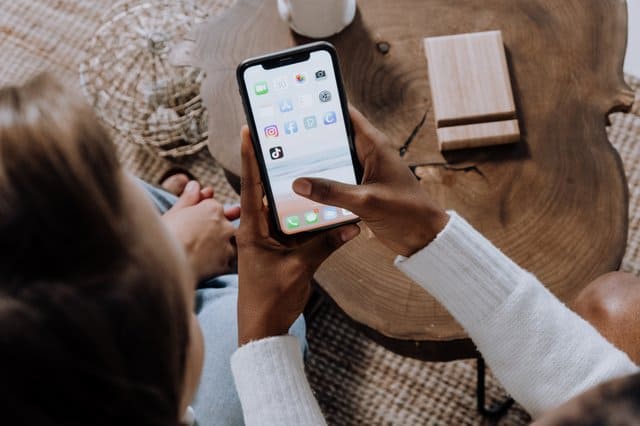 Before we going to discuss reels vs TikTok we can give you a small overview of TikTok. TikTok is the destination for short-form mobile videos. It is used to create short music, lip-sync, dance, comedy and talent videos of 3 to 15 seconds and short looping videos of 3 to 60 seconds.

The TikTok mobile app allows users to create a short video of themselves which often features music in the background, can be sped up, slowed down or edited with a filter. They can also add their own sound on top of the background music.

There are a variety of trends within TikTok, including memes, lip-synced songs, and comedy videos. Duets, a feature that allows users to add their own video to an existing video with the original content’s audio, have sparked most of these trends.

The app allows those with even the smallest followings to “go viral” and become online celebrities overnight. TikTok also has the standard features that you’d expect from a social network, including direct messages and the option to “like” videos.

TikTok provides a framework that makes it easier for people to create — especially if they don’t know what else to do. And these creators are starting younger than ever before. … For example, the TikTok app gives people tools like filters, control over video speed, access to professional audio and more.

TikTok has proven to attract the younger generation, as 41% of its users are between the ages of 16 and 24. Among these TikTok users, 90% say they use the app daily. As of July 2020, there were over 90 million monthly active users in the United States alone, according to TikTok.

Instagram Reels is a brand novel way to create fun and engaging video content. Reels allows you to create and edit short videos clips up to 15 seconds in the Instagram Camera. You can add effects and music to your reel or use your own.

Instagram Reels is a fresh way to build your community and grow your reach on Instagram. It’s a fun and engaging way to share viral and creative snippets with your audience.

If TikTok has the “For You” page, Instagram gives Reels a dedicated landing spot at the top of the Explore page. Just tap the first reel at the top, and you can access the Reels feed. From here, you’ll see Reels from popular and trending accounts on Instagram.

Reels gives people new ways to express themselves, discover more of what they love on Instagram, and help anyone with the ambition of becoming a creator take center stage.

150 Instagram Bio Ideas + How to Write the Perfect Bio

First, TikTok is a separate, stand-alone platform, and Instagram Reels is a new feature within a pre-existing app.

In reels, Users can create a 15-second video only. But in TikTok, Video time limit is up to 1 minute.

TikTok Users can “duet” with each other and upload songs directly into the app’s system. But in Instagram reels, Duet and local file upload aren’t currently supported.

While the Reels algorithm hasn’t been locked down yet, it feels similar to the TikTok For You page. It’s likely influenced by who you already follow, what content you interact with, and where you’re located.

Stranger danger. According to its community guidelines, TikTok is “deeply committed” to child safety and has “zero tolerance” for behaviour that could lead to child abuse or sexual exploitation.

Despite being criticized as a “TikTok copycat” Instagram Reels has gained positive responses from influencers and brands. Many creators said they planned to experiment with Reels while maintaining their presence on TikTok. Brands like Sephora, Walmart, and Beardbrand are already using Reels.

TikTok is already banned in India, Indonesia, Japan, US because of the security issue. That’s why Instagram took the opportunity and started Instagram reels.

Undoubtedly, Reels won’t replace TikTok’s content, because Instagram’s platform is populated by an entirely different user base with a different purpose. To put it another way, by making the TikTok format accessible to locals, Instagram will repurpose the short-form video for basics.

As far as similarities, both can be set to music or other external audio, or use the audio captured during filming. Both can also have the capability to incorporate overlay text captions that appear and disappear according to the user’s desired timing. Again, at the most basic level, the two short-form video platforms are very similar.

Reels could allow for huge growth opportunities for new and creative forms of campaigns, It can be too soon to say Instagram Reels will be successful as its predecessor, Stories. But one thing for sure is that it gives you a new way to create more compelling content, better understand your followers, and increase your reach on Instagram. So, just give it a try.

We give all this information after doing enough research, hoping it will help you.

Thank you for your time.

6 thoughts on “Instagram reels vs Tiktok: Popularity of reels grow up in 2021 – DTW”