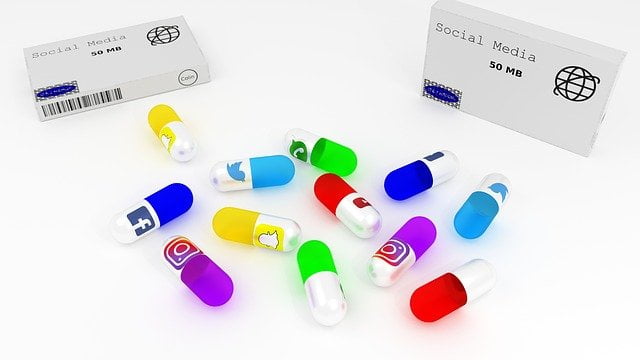 In recent years, social media has become a significant asset to a student’s life. Teenagers satisfy themselves by using social networking sites like Facebook, Twitter, and many more. Their life now relies upon on social media to interact with each other. Consequently, it turns into a basic need for them just like a social medial addiction.

Social media usually engage interactions of people through social networks and blogs. Social media is defined as platforms that assist a user to connect with other users through simple internet access.

Some people contend that the progression of social media threatens the life of teenagers because they are addicted to social media. On the other hand, others believe that it improves students toward education and culture. The new generation is the electronically addicted generation. With this addiction, youngsters face many effects in their lives.

Talk about social media addiction. How Does It pull?

Generally, addiction points only to drug and alcohol misuse- gradually it became a popular term. The term came to mean behavioral compulsions, including gambling, overeating, self-injury, and sex. People can overdo anything. To call it a disorder is an error.

When we are discussing addiction- problem is that it doesn‘t matter whether people are chemically or psychologically dependent on a substance or behavior. When talking about teens‘ engagement with social media, many people use the concept of addiction to suggest that teens lack control.

Many reasons below in the article so you would understand social media addiction;

What is the first thing in your mind when you do it once you wake up in the morning? If your answer is to check Facebook or update your status on any social media platform, it is a clear sign that you are addicted to social media. Most social media addicts feel like they have lost a lot of time and are outdated, thus, they want to check the status and see who has posted something new.

Mainly in the food zone

Many people, especially youngsters will take out their smartphones to take a picture of their food, post on social media and check the location before they eat. This can annoy those who are at the same table or people who are less privileged to enjoy the food.

-Checking notifications can be a normal thing to do when your phone buzz. However, if you are checking it all the time regardless of whether your phone buzzes, you may suffer serious addiction.

-If you use social media as the only means of contacting and talking to other people, the sign is clear that you are a social media addict.

-The reward of getting “likes” from a picture posted on Facebook means a lot to a social media addict. They are accepted and quickly become a habit to want to check who reacts to your post. The problem will grow deeper when the addict goes into double-figure likes on Instagram or platforms.

The existence of the internet is not the issue, the real culprit is that with internet access, people can easily connect themselves to social media. And when there is no internet connection available, the addicts will feel stressed and uneasy.

Maybe that type of addiction might be as you have it. so you should be aware.

Parents worry for their children

Parents became suspicious or anxious when they see their children use the internet for social or entertainment purposes instead of doing homework. When they get less sleep or poorer grade, parents blame the technology. Fact is- teens may have a preference to socialize with friends or relax instead of doing homework, even if these activities are not societally allowed. Many parents try to decant their thoughts onto teens and pathologies of their children‘s interactions with the internet instead of recognizing their preferences.

sometimes I used to wonder all the time what makes me so depressed, and yes it’s the cause of these social media, it really makes me sad how some people especially teens trust beauty apps instead of their own faces, people are scared to reveal what they really are, social media friends have become more important than others, struggling and not having guts to face the reality, I know not everyone will delete their accounts but there are some people who throw away that stupid thing including me, really I don’t know why I missed the real world all these days,!?