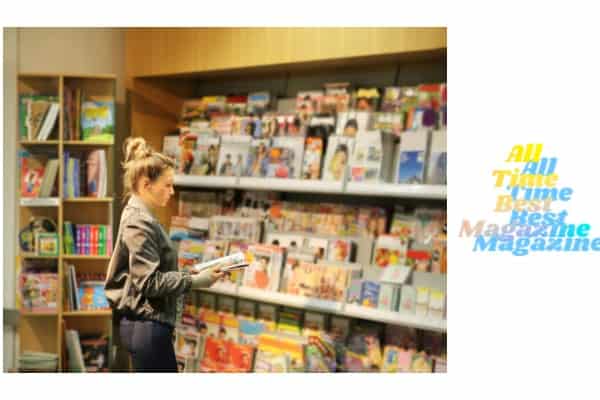 “There is more treasure in books than in all the pirate’s loot on Treasure Island.” – Walt Disney

This is the age of information. Wherever you get such good information and come true, it is necessary to take it. And there are many sources of such information such as newspapers, magazines, digital media, books, blogs, etc.

We will talk about the best magazine out of it. Magazines are published by many organizations or companies at certain time intervals such as a week, month, or year.

Magazines often teach us about new ideas, new information, technical knowledge, good lifestyle, which is very useful in the future. So we will tell you about the trend magazines of different sectors below.

Time magazine is one of the oldest and widely read magazines in the world. Known for its editorials and its watch on the news worldwide, Time Magazine is a hot favorite for many people who have an interest in keeping a track of what’s happening around the world.
Time Magazine covers the most important news events that have happened around the globe, irrespective of country or race.

Scientific American is an American popular science magazine. Many famous scientists, including Albert Einstein, have contributed articles to it. It is the oldest continuously published monthly best magazine in the United States.

Playboy magazine except that it is a non-violent adult entertainment magazine. Although not quite legal to be sold in many countries.
The magazine basically has pictures, letters from the readers and another section for stories and the interview section where stars from every walk of life are invited and asked interesting section.

National Geographic is well the authority on nature-related phenomena and events.
It has enjoyed for years now owing to the persistently high-quality work of its photographers, writers and media men.

People is an American weekly magazine that specializes in celebrity news, human-interest stories and gossip. Its First issue date at 4 March 1974. It will keep you informed on the best in style, human nature, and celebrity news. It’s most famous in the USA.

AARP The Magazine is a US monthly magazine. It is published by the American Association of Retired People, AARP, which focuses on aging issues. It has more than 47 million readers.
AARP The Magazine features a broad range of topics, including health, finance, and travel. Lifestyle is a quality topic for it.

Wired Magazine is a computer magazine dedicated to readers who want to know more about the world. It’s the First issue date at March 1993. It is based in San Francisco, California.
Wired in particular has some really good investigative journalism. It is a great knowledgeable magazine.

It is a Business magazine. Published eight times a year, it includes original articles on related finance, investment and marketing topics of the industry.
Forbes also reports on many more related topics such as technology, communications, science, politics and law.
The motto of Forbes magazine is “Change the World”.

A magazine or a newspaper is a shop. Each is an experiment and represents a new focus, a new ratio between commerce and intellect.
-John Jay Chapman

All the above-mentioned magazines are counted among the best magazines in their respective fields. And these good magazines can help you in gaining knowledge and can also entertain you. Hope you like this information. And whatever you want to give your opinion, you can give me the comment section below.
Thank you 😊