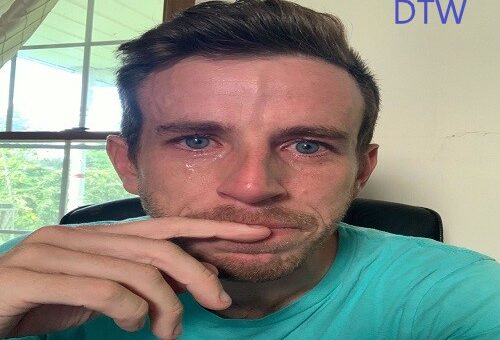 In his post, Braden said that he fired his workers as he had decided to stop selling their main services and had started to focus on a new service. He called it the ‘most vulnerable thing he would ever share’.

Braden wrote, “So, I just want people to see, that not every CEO out there is cold-hearted and doesn’t care when he/she have to lay people off.”

He further added, “I know it isn’t professional to tell my employees that I love them. But from the bottom of my heart, I hope they know how much I do. Every single one. Every single story. Everything makes them smile and every single thing that makes them cry. Their families. Their friends. Their hobbies.”

The post received mixed reactions from users online. Many people expressed their anger at the crying selfie. One user wrote, “Why to post the picture of you crying? Is this for you or for them?” while another said, “Man, I know you meant well. At the same time, the post and the copy would have done well without the picture.”

In one of the comments, Braden also said that he would tag the employees he laid off and would help connect them with other job opportunities.

What CEO posted a picture crying?

Less than 24 hours ago, Braden Wallace made a mistake. He took a crying selfie & published it on LinkedIn alongside a guilt post about laying off a few of his employees at the marketing services firm Hyper Social.