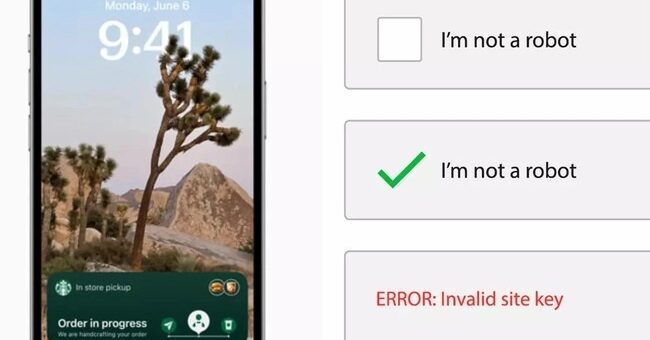 Apple is coming up with innovations to offer the best user experience. The Cupertino-based tech giant has already impressed tech fans by providing the most user-intuitive devices. Now, Apple is gearing up to add another user-friendly feature for iPhone users.

CAPTCHA codes are essential for online user safety, however, they could be a dampener for most users. After all, in case of emergencies, users may have less time to tap on traffic lights, cars or unravel mangled text to prove that they are humans. There is good news for iPhone users, as iOS 16 has introduced a feature that lets users bypass CAPTCHAs in select websites & applications. While CAPTCHA has been embedded to enhance user security, however a lot of times it makes it difficult for users to access websites and applications.

Like to read: Best Reface- Face Swap Apps for Android

How to set up an iPhone?

To access the new feature, users need to go to Settings, the option will be seen under Apple ID> Password & security> Automatic Verification. After enabling the feature, Apple will let users know that iCloud will automatically and privately verify their device and Apple ID in the background. This will essentially eliminate the need for websites and applications to ask users to fulfill CAPTCHA verification.

Earlier this month, the tech giant had introduced a video showcasing Private Access Tokens. These tokens according to Apple are an alternative to help users to identify HTTP requests from legitimate devices and people without compromising their identity or personal details. The initial beta versions of iOS 16 and iPadOS 16 will come with automatic verification. The tech giant has said that the feature will also be available on the macOS venture.

Also Like This: Must Use Top 11 Free Social Media Apps

All software updates are expected to be released later this year. iOS 16 was introduced at the recently held Worldwide Developer Conference last month(May).